In his debut work as a director, acclaimed actor Andy Serkis follows the true story of Robin Cavendish (Andrew Garfield), who contracts polio at the age of 28, which leaves him relying on a respirator to breathe, and his loving, determined wife Diana (Claire
Foy).
To Cavendish, who had always led an adventurous life filled with travel and physical activity, when doctors tell him he has mere months to live, it is more of an instant death sentence.
Garfield gives a stellar performance as Cavendish, with his rattled voice, and the cynical, often bitter look of a person who knows he is fighting an invincible force. It is impossible to imagine how one would feel if the simple act of breathing became dependent on a complicated machine that keeps them confined to a bed, at risk of death if electricity goes out for a minute. We live through Cavendish’s first gasps when he is unable to breathe, and his claustrophobia at being forced to spend so much of his time indoors, that we feel like we, too, are struggling to breathe with him.
Perhaps Serkis’ opening shots, captured through a drone flying freely over a wide expanse of beautiful landscape during one of the couple’s trips, is the perfect intro to such a story, as it builds an unshakeable compassion within viewers, leading them to
empathize with the protagonist’s tragedy, especially as he finds his way around it.
Cavendish, along with his wife, her two brothers, and his inventor friend Teddy Hall (Hugh Bonneville), finds ways to fight disability and delay death, turning the film from a journey towards embracing mortality, to a story about humans’ astonishing ability to
maneuver, and one man’s inspiring battle to breathe. 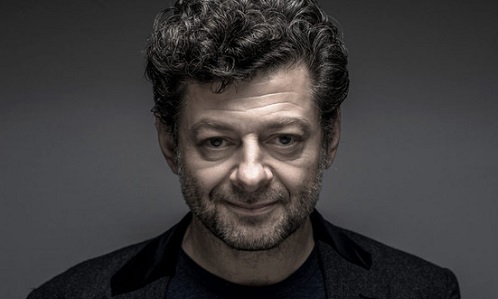 Andy Serkis is an English actor and director from Ruislip, Middlesex, England. After completing a degree in visual arts and theatre at Lancaster University, he went on to a prominent career on stage and screen. His acting credits include Mike Leigh's Career Girls (97) and Topsy-Turvy (99); Michael Winterbottom's 24 Hour Party People (02); the Lord of the Rings trilogy (01–03); the Planet of the Apes reboot (11, 14, 17); and Star Wars: The Force Awakens (15). Breathe (17) is his feature directorial debut.