There is no Egyptian or Arab film poll without Cairo Station somewhere among its top five titles, if it isn’t at the very top. The film begins with the deep voice of Madbouli (Hassan al-Baroudi), who sells newspapers at the railway station, introducing us to the place itself, back then referred to by everyone who came to it from different governorates around the country as Bab al-Hadid, or “The Iron Gate.” The film also ends with a Madbouli monologue, signifying that life at the station continues to flow, unperturbed.
Director Youssef Chahine’s eye captures everything inside Cairo Station; from the pain of a love aborted to the light-hearted singing of carefree boys and uptight Salafis who view music as a “sin.” It is all there in Chahine’s masterpiece, scripted in a tightly crafted screenplay by Abdel Hai Adib and brought to life in seamless lines of dialogue by Mohamed Abu Youssef.
Qinawi (a marvelous performance by Chahine himself), who helps Madbouli sell newspapers, has a limping walk but a quick mind. He cuts out pictures of beautiful women from the magazines he sells and hangs them on his bedroom wall. Poor and sexually frustrated, he is in love with Hannouma (Hind Rostom), who sells cold drinks on the platforms of the station and is herself in love with Abo Seriea (Farid Shawqi), a porter struggling to found a union for workers at the station to protect their rights.
The memorable score by Fouad al-Zahry reimagines the famous Etmakhtary Ya Hilwa Ya Zeina (Strut, You Sweet, Beautiful Girl) theme, a traditional Egyptian wedding song, to add extra poignancy to Qinawi’s anguish when he realizes his beloved is about to marry Abu Srie.
Exceedingly sharp and honest in its portrayal of its characters, Cairo Station is a landmark of Arab and Egyptian cinema. 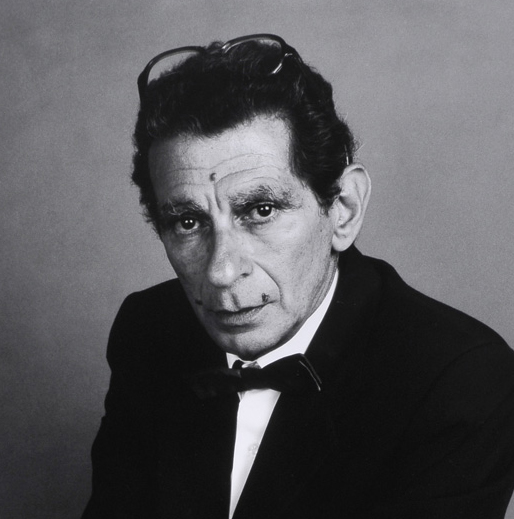 Youssef Chahine, Egypt’s most internationally acclaimed film director, (1926 - 2008) studied theater in Passadena Playhouse California. He directed his first Feature Papa Amin in 1950. His autobiographical film Alexandria why won the silver bear in 1979 at the Berlinale. His politically engaged films such as The Sparrow, Return of the Prodigal Son and his four autobiographical films received a wide Arab and international appreciation. Many of his films where presented at Berlinale, Venice film festival and Cannes in 1997, where he received a special Palme d’or for his life achievement in the festival’s 50th anniversary, the same year in which his film The Destiny was selected for Cannes official competition.