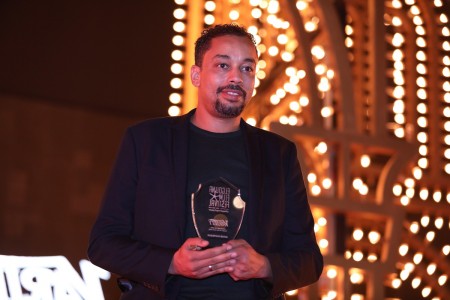 It is worth mentioning that GFF has witnessed the success journey of Talking About Trees since it won GFF’s cash prize at the Final Cut in Venice, followed by its participation in the 2nd edition of Cinegouna Platform, and winning the Best Documentary Award and the Audience Documentary Award at the Berlinale, the FIPRESCI at Istanbul International Film Festival, and El Gouna Golden Star for Documentary Film in the 3rd edition of GFF, where Suhaib Gasmelbari also won the Variety Award as Best MENA Talent of the year.

On the other hand, Amjad Abu Alala’s You Will Die at Twenty had its world premiere at the 76th Venice Film Festival where it won the Lion of the Future Award, then it was screened at Toronto International Film Festival and as part of the feature narrative competition at GFF where it won El Gouna Golden Star for Narrative Film, then it participated at Filmfest Hamburg where it won the Hamburg Producers Award and last but not least received a special mention at Mumbai Film Festival.