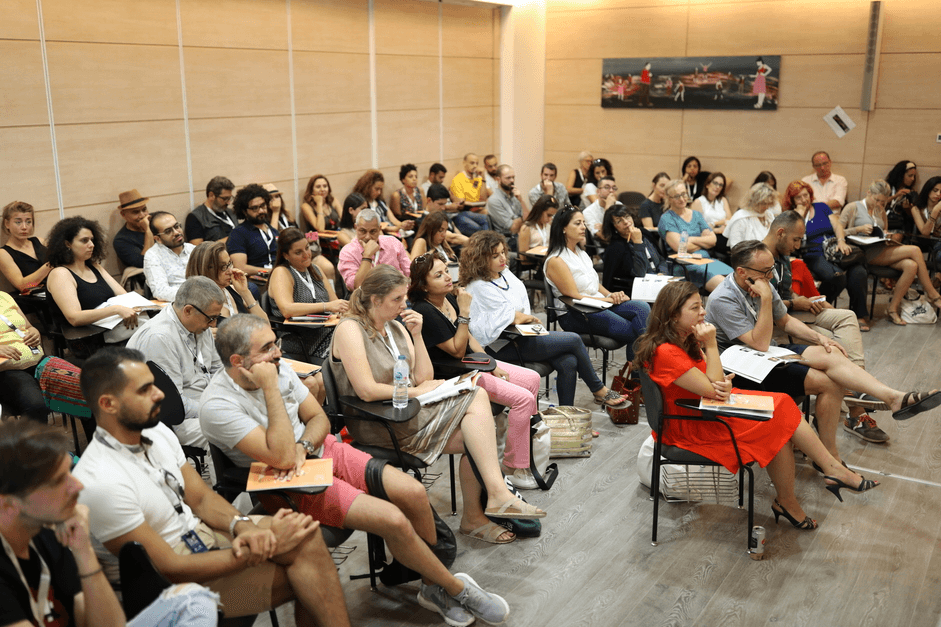 Cairo, Egypt; May 05, 2019 – After two successful editions, CGP/El Gouna Film Festival is pleased to announce that it is now accepting submissions of Feature Narrative and Feature Documentary film projects in development, as well as films in post-production for the 3rd edition of CineGouna Springboard.

CineGouna SpringBoard is a project development and a co-production lab that enables Arab film directors and producers with films in development or in post-production to find creative and financial support.

In its inaugural year, CineGouna SpringBoard received 55 applications of which 16 were selected. A total amount of US $60,000 was awarded to winning projects. In its second year, the number of applications received nearly tripled to 145, of which 18 were selected. The winning projects won awards amounting to US $175,000. We expect more submissions this year, and we do hope our program will continue to attract participants as well as partners.

Commenting on this, Intishal Al Timimi, festival director, said: “Our efforts are focused on  providing the best possible resources to CineGouna SpringBoard participants by bringing in experienced industry professionals to work closely with them. It is our hope that the experience of such an engagement will expand opportunities and exposure, in addition to  inspiring innovation and authentic storytelling through films in the Arab world.”

The conditions of eligibility and participation in CineGouna SpringBoard have been announced in the detailed Rules and Regulations section available on the festival website www.elgounafilmfestival.com along with an online submission form.

Valid submissions received before the last dates mentioned above will be reviewed by a committee of experts appointed by El Gouna Film Festival, and selected on the basis of their content, artistic vision, and overall financial feasibility.

An international jury of film experts invited by El Gouna Film Festival will decide the winners of the awards.

Marwa Zein’s Khartoum Offside was selected for the CineGouna SpringBoard while in post-production at GFF 2018. The film was later selected to and premiered at the Forum program of the Berlinale Film Festival. Ruba Atiyeh, producer of Yam & I, a CGP 2018 project, was selected to participate in the CineMart of the International Film Festival Rotterdam, 2019. Talking About Trees (Sudan, France, Chad, Germany) by Suhaib Gasmelbari won the El Gouna Film Festival Award at Final Cut Venice 2018 and went on to win two prizes at Berlinale 2019: Panorama Audience Award and the Glashutte Documentary Award.“El Gouna Film Festival is grateful for the commitment of the jury of film experts to completing the important task of reviewing all the applications and choosing projects that deserve to be promoted in the festival circuit and international market,” said Bushra Rozza, co-founder and COO of El Gouna Film Festival. “Participation in CineGouna SpringBoard not only helps filmmakers improve their skills through interactions with experts, but also brings international attention to the projects and their makers,” she added. The festival is proud to have been a part of the journey of these projects through CineGouna SpringBoard.

CineGouna Platform is the industry segment of El Gouna Film Festival, created with the objective of nurturing and strengthening promising Egyptian and Arab cinema projects and filmmakers, helping them find artistic and financial support. CineGouna Springboard is a key component of CineGouna Platform.