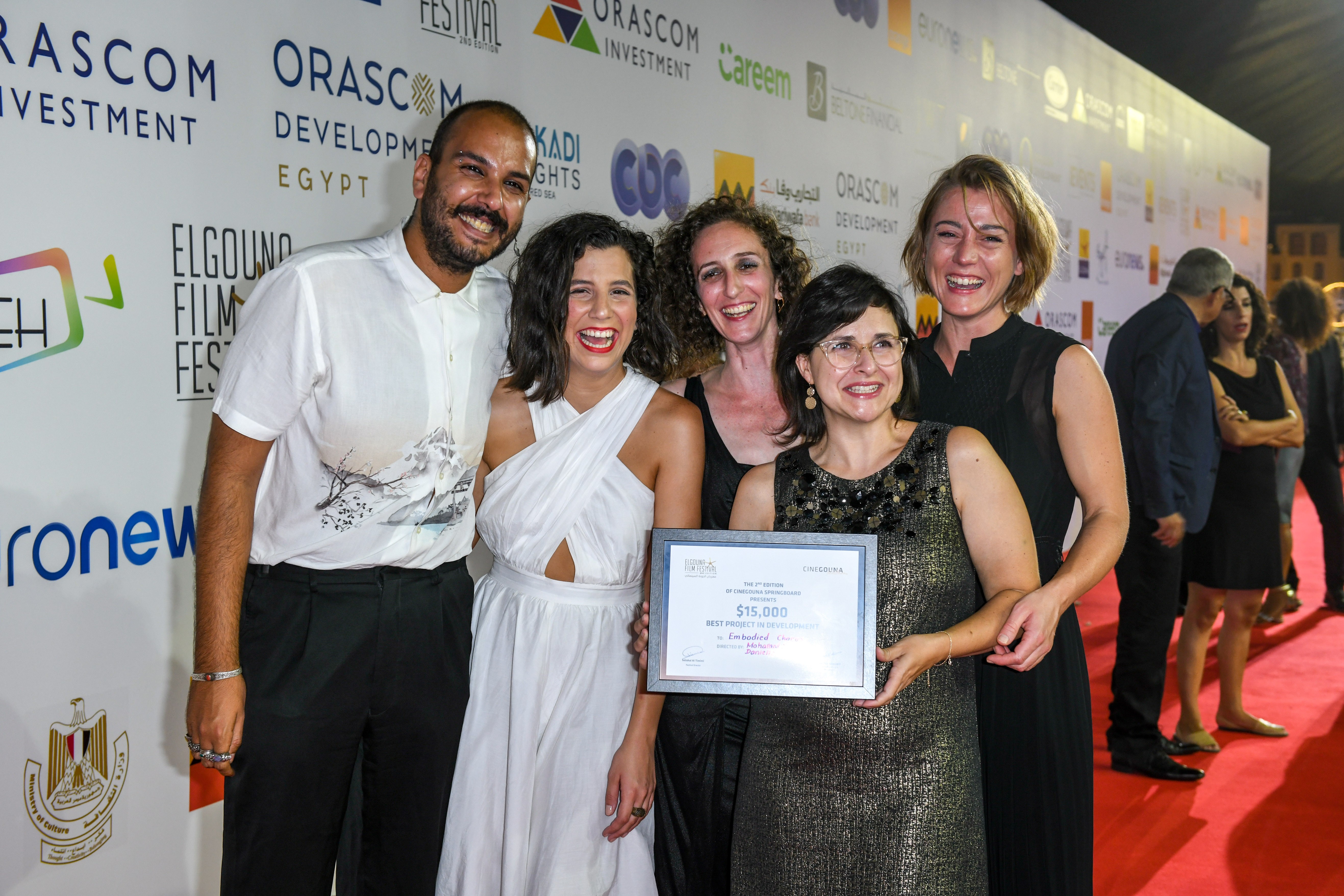 Since its inaugural edition, CineGouna Platform, El Gouna Film Festival’s business and industry-
oriented event, has helped Arab filmmakers find artistic and financial support. This year, CineGouna
SpringBoard, the Platform’s project development and co-production lab, received 133 submissions
(92 projects in development and 41 films in post-production).
A panel of experts reviewed the submissions and made a selection of 12 projects in development
(7narratives and 5 documentaries) and 6 films in post-production (2 narratives and 4 documentaries)
on the basis of their content, artistic vision, and overall financial feasibility.
El Gouna Film Festival (GFF) is pleased to announce the final list of selections representing various
countries from the Arab world for the 3 rd edition of CineGouna SpringBoard.
Selected feature narrative projects in development are Plum Season by Rim Mejdi (Morocco),
Severed Head by Lotfi Achour (Tunisia), Straight to the Goal by Tamer Ashry (Egypt), Tunis -
Djerba by Amel Guellaty (Tunisia), Harvest by Ely Dagher (Lebanon), It's a Sad and Beautiful
World by Cyril Aris (Lebanon), and Daughters of Abdul-Rahman by Zaid Abu Hamdan (Jordan).
Feature documentary projects in development are The Fountain of Bakhchisarai by Mohamed
Taher (Egypt), Those Who Remained by Lina Sinjab (Lebanon), Yalla, Baba! by Angie Obeid
(Lebanon), Looking for Sa’adah by Areen Omari (Palestine), and Ethel by Mohamed Siam (Egypt).
The two feature narrative films in post-production are Another Day in Baghdad by Maysoon
Pachachi (Iraq) and Mica by Ismaël Ferroukhi (Morocco).
The three selected documentary films in post-production are A Long Breath by Remi Itani
(Lebanon), Captains of Za'atari by Ali El-Arabi (Egypt), Far From the Nile by Sherief Elkatsha
(Egypt), and Our Dark 70s by Ali Essafi (Morocco).
GFF would also like to congratulate the five alumni of CineGouna Platform’s past editions, which
went on to be screened at prestigious international film festivals. Khartoum Offside (2019) by Marwa
Zein and Talking About Trees (2019) by Suhaib Gasmelbari were presented at the 69 th Berlinale,
while Certified Mail (2019) by Hisham Saqr and 1982 (2019) by Oualid Mouaness were selected for
the 44 th Toronto International Film Festival, in addition to Noura’s Dream (2019) by Hinde Boujemaa,
which will also be presented in the Discovery section of the 44 th Toronto International Film Festival,
as well as the New Directors section of the 67 th San Sebastian International Film Festival.
About El Gouna Film Festival
El Gouna Film Festival, one of the leading festivals in the MENA region, aims to showcase a wide
variety of films for a passionate and knowledgeable audience; while fostering better communication
between cultures through the art of filmmaking. Its goal is to connect filmmakers from the region with
their international counterparts in the spirit of cooperation and cultural exchange. The Festival is
committed to the discovery of new voices and strives to be a catalyst for the development of cinema
in the Arab world. The 3 rd edition of GFF will take place from September 19 to 27, 2019. The
programs and activities of the CineGouna Platform will take place at the TU Berlin, El Gouna
Campus from September 21 to 26, 2019.