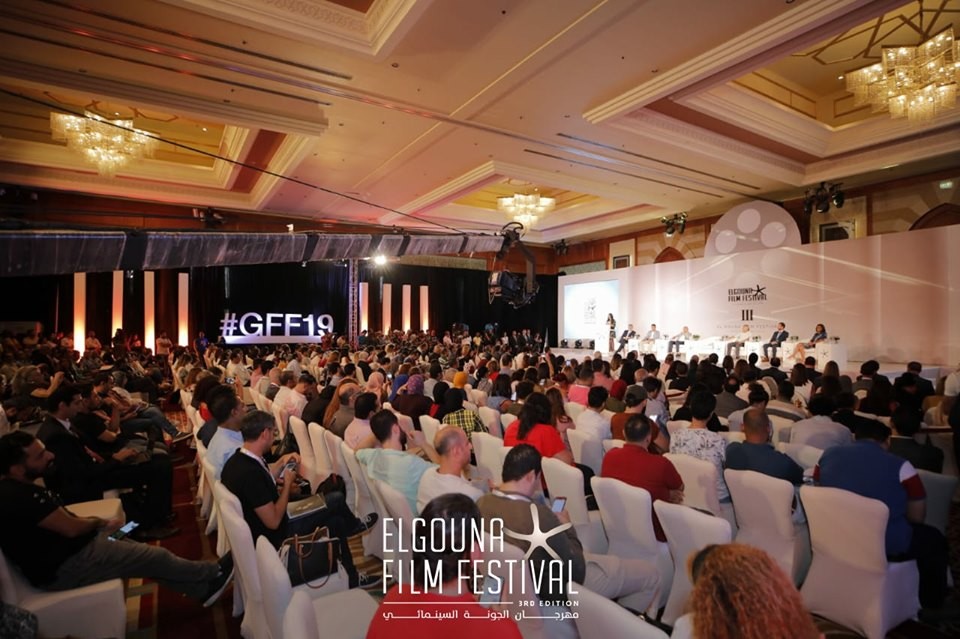 Under the auspices of the Ministry of Culture and in the presence of its founders, sponsors and a number of film professionals

●   For its 3rd edition, CineGouna SpringBoard received 133 submissions (92 projects in development and 41 films in post-production). CineGouna Bridge will present roundtable discussions, workshops, presentations and master classes with key industry professionals and experts on a wide range of subjects related to the social and business aspects of cinema.

●   Cinema in Concert will pay homage to timeless works of music that accompanied some of the most memorable films, in cooperation with the U.S Embassy in Egypt.

●   Engineer Samih Sawiris: “Through the Festival, El Gouna has embraced the film scene and its key players. The town has become a platform that allows civilizations to be closer and dialogue through the exchange of arts and culture.”

●   Engineer Naguib Sawiris: “Since its inception in 2017, the Festival has quickly become one of the leading cultural events in the region.”

The press conference will also be attended by a number of GFF’s International Advisory Board members, international jury members, and some of the directors, actors and producers of the participating films.

So far, 12 films are participating in the Feature Narrative Competition, 9 films in the Feature Documentary Competition, 23 films in the Short Film Competition, as well as 3 films in GFF’s Special Presentations program. The festival will be screening 21 films in its Out of Competition section, which brings the present total count to 68 confirmed titles. All films will have English subtitles, while most of the films will be shown with Arabic subtitles, and most screenings will be followed by Q&A sessions with the filmmakers and/or members of the cast and crew, in an attempt to connect filmmakers with their audiences.

During the press conference, the broad outline of this year’s edition will be laid out. The majority of the selected titles, festival events, activities, participating film professionals and movie stars, as well as the list of cinematic personalities the festival will celebrate and honor this year will be revealed.

Light will also be shed on the activities of CineGouna SpringBoard and CineGouna Bridge, the two arms of the festival’s industry hub CineGouna Platform, including the titles of the panel discussions, masterclasses and workshops that will take place with the aim of continuing the Platform’s quest to develop and support film talents from Egypt and the Arab world.

For the 3rd edition of the CineGouna Platform, El Gouna Film Festival has invited a number of leading regional and international experts in the field of cinema to participate in its various activities. CineGouna SpringBoard received 133 submissions (92 projects in development and 41 films in post-production) from all parts of the Arab world. A panel of experts reviewed the submissions and made a selection of 12 projects in development (7 narratives and 5 documentaries) and 6 films in post-production (2 narratives and 4 documentaries) on the basis of their content, artistic vision, and overall financial feasibility. The selection committee was deeply impressed by the high quality of the submitted projects.

The 3rd edition of the CineGouna Bridge will present roundtable discussions, workshops, presentations and master classes with key industry professionals and experts. The topics will range from the role of refugees in recent films to the impact of film festivals on the global cinematic landscape; from the past, present and future of African cinema to the restoration and preservation of independent films, and many more. The programs and activities of the CineGouna Platform will take place at the TU Berlin, El Gouna Campus from September 21 to 26, 2019.

Within the framework of the CineGouna Platform, GFF will also collaborate with the International Emerging Film Talent Association (IEFTA) in the support and sponsorship of two CineGouna Platform participants for their attendance at partnering film festivals and workshops. Additionally, a panel discussion entitled “New Platforms of Distribution” will be held in partnership with Film Independent, in order to shed light on the evolving distribution and monetization landscape of today. The collaboration will also sponsor a three-day screenwriting workshop, as well as an awards ceremony hosted by Film Independent in cooperation with the U.S. Embassy in Egypt.

As part of El Gouna Film Festival’s mission to celebrate all aspects of cinema, the Festival is proud to announce a new event dedicated to paying homage to the timeless works of music that accompanied some of the most memorable films. The concert, which will be held at GFF in cooperation with the U.S. Embassy in Egypt, will be conducted by Maestro Ahmed El Saedi, the founder and chairman of the Egyptian Philharmonic Society, with the performance of soloists Janet Sung on violin, Federico Mondelci on saxophone, Victoria Kapralova on violoncello, and the vocal performance of Amina Khairat.

Celebrating 100 years since the birth of legendary Egyptian writer and journalist Ihsan Abdel Quddous, El Gouna Film Festival will host a specially curated exhibition honoring his memory. The special exhibition will include his handwritten notes of both fiction and journalistic pieces, representing a large collection of his works. The author’s prestigious certificates of appreciation, exquisite furniture, magnificent paintings, rare photographs, as well as his honorary decorations and awards will also be part of the exhibition.

GFF’s management confirms that it intends to continue with a sustainable budget and create the environment required to attract the right sponsors for the festival. This year, we are happy to announce that our 3rd edition is sponsored by: Orascom Development, Beltone Financial, O West, Orange, Euronews, Carrier, Makadi Heights, This is Egypt, Mercedes-Benz, SIXT, dstore, Concrete, Egypt Air and Pepsi under the auspices of the Ministry of Culture and the National Egyptian Film Center.

“It is an absolute pride and pleasure to see that El Gouna will be hosting the 3rd edition of El Gouna Film Festival,” says Engineer Samih Sawiris, Chairman of Orascom Development and the founder of the resort town. “I am proud of El Gouna’s ability to host major cultural events, which portray the coastal town as a forum for arts and culture,” he adds. “Through the Festival, El Gouna has embraced the film scene and its key players. The town has become a platform that allows civilizations to be closer and dialogue through the exchange of arts and culture,” Sawiris states. “El Gouna has become a unique destination, which is now considered as an independent town, which reflects a wonderful image of the country abroad,” he adds. “In continuation of Orascom Development's constant efforts to make El Gouna a cultural and artistic hub, we are pleased to announce the construction of El Gouna Convention and Culture Center,” Sawiris says, revealing that the new building will be hosting the 4th edition of the Festival, as well as major orchestras from around the world.

“As we gear up for the 3rd edition of El Gouna Film Festival, I would like to thank everyone involved in the Festival for their help in the development of the cinema industry in Egypt and the Arab world,” says Engineer Naguib Sawiris, the founder of GFF. “Since its inception in 2017, the Festival has quickly become one of the leading cultural events in the region,” he adds. “The film industry has a pivotal role in modern societies, as it offers the opportunity to gain new perspectives, inspiration and the possibility to understand and respect cultural diversity,” Sawiris comments, adding that this was one of the main reasons behind the Festival’s commitment to the “Cinema for Humanity” cause, which recognizes outstanding filmmakers who raise awareness about humanitarian issues.

El Gouna Film Festival, one of the leading festivals in the MENA region, aims to showcase a wide variety of films for a passionate and knowledgeable audience; while fostering better communication between cultures through the art of filmmaking. Its goal is to connect filmmakers from the region with their international counterparts in the spirit of cooperation and cultural exchange. The Festival is committed to the discovery of new voices and strives to be a catalyst for the development of cinema in the Arab world. The 3rd edition of GFF will take place from September 19 to 27, 2019.