Master Class on Film Restoration, World Premiere of When We Are Born, and Sudanese Director Suhaib Gasmelbari Wins the Variety Award for his Documentary Talking About Trees on the Third Day of El Gouna Film Festival 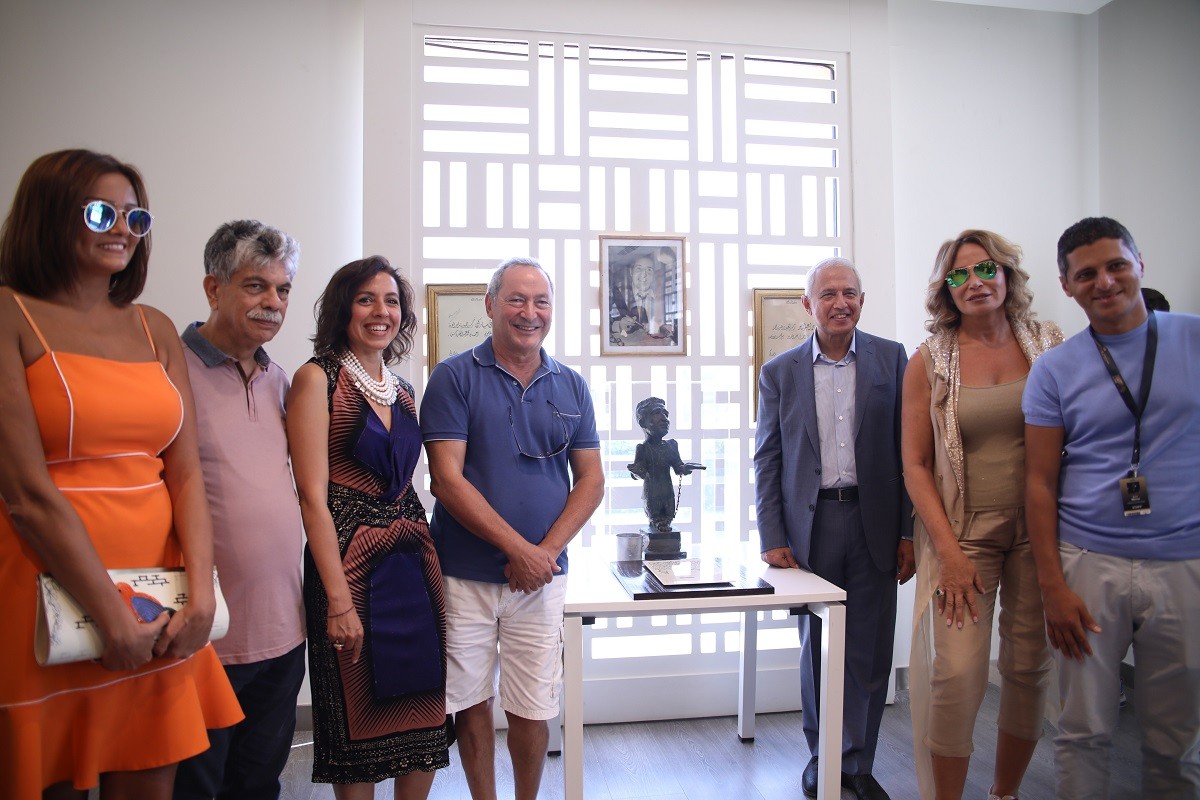 On its third day, El Gouna Film Festival screened a number of films, most notably the world premiere of When We Are Born by Tamer Ezzat, starring Amr Abed, Ibtihal El Serety, Amir Eid, Salma Hassan, Mohamed Hatem, Dana Hamdan and Basant Shawky, at the Marina Theater following a red carpet ceremony in the presence of film stars and filmmakers. In addition, the day witnessed the red carpet and screening of Nate Parker's American Skin, which premiered at the 76th Venice International Film Festival.

The Festival management bestowed the Variety Award upon Sudanese director Suhaib Gasmelbari, whose film Talking About Trees participates in the Feature Documentary Competition. The film competed internationally for the first time at the 69th Berlinale, and received the Audience Award for Best Documentary as well as the Best Documentary prize in the Panorama section. Festival Director Intishal Al Timimi and a representative of the Variety magazine presented the award to Gasmelbari during an award ceremony.

The Festival also opened the Ihsan Abdel Quddous Centennial exhibition in the presence of the founder of GFF, Naguib Sawiris, and the founder of El Gouna, Samih Sawiris. The exhibition includes a number of film posters, personal collections, and original articles written by the late writer himself.

The third day also included many industry events in the context of CineGouna Bridge, such as the "Renovation and Preservation of Films: Everything Old Is New Again" master class by Sandra Schulberg, the founder of IFP (Independent Filmmaker Project)—America’s largest association of independent filmmakers—and president of IndieCollect. The master class was moderated by acclaimed film critic Jay Weissberg, and discussed how to restore old films on celluloid, and how to preserve digital films, among other key topics.

Among the activities of CineGouna Bridge was also the Cinema for Humanity roundtable “Refugee Voices in the Film Industry,” which was moderated by filmmaker and communications expert Ragnhild Ek, and attended by a number of distinguished filmmakers and human rights commissioners such as Amr Salama, Shaden Khallaf, Qays Sheikh Najib, Amin Dora, Saba Mubarak, Thuraya Ismail and Daniela Cicchella. The session discussed the representation of refugees in cinema, and the creative methods of portraying them in cinematic works.

As part of the red carpet screenings on its fourth day, the festival will feature 1982 by Oualid Mouaness and Adam by Maryam Touzani in their MENA premieres. After its world premiere at the Toronto International Film Festival, and winning the NETPAC award at the same edition, the Lebanese film 1982 starring Nadine Labaki, Mohamed Dali and Rodrigue Sleiman, is also part of GFF’s Feature Narrative Competition. Adam, on the other hand, was screened for the first time at the 72nd Cannes Film Festival, starring Lubna Azabal and Nisrin Erradi, who won the Best Actress Award at the Durban Film Festival.

In addition, the Festival will be presenting a number of distinguished films such as The Well of Deprivation by Egyptian director Kamal El Sheikh, as part of its celebration of the late writer Ihsan Abdel Quddous; and the film The Invisible Life Of Eurídice Gusmão by Karim Aïnouz, who won the Un Certain Regard award at the 72nd Cannes Festival; in addition to Alla Kovgan's Cunningham, which explores the life of dancer Merce Cunningham in its various stages.

On the fourth day of the Festival, CineGouna Bridge will hold a panel discussion entitled “African Cinema: Present, Past and Future," which will discuss how African cinema has evolved from north to south over the past years to become influential, innovative and present on the world cinema map. Additionally, the panel discussion “Nature of the Boundaries Between Documentary and Fictional Filmmaking” will tackle the technique and craft needed to form a story that blends reality with fiction, in order to create a new reality and better engage the audience.