Arab Premiere of 1982 and Adam, and a Master Class on the Boundaries Between Documentaries and Fiction on the Fourth Day of El Gouna Film Festival 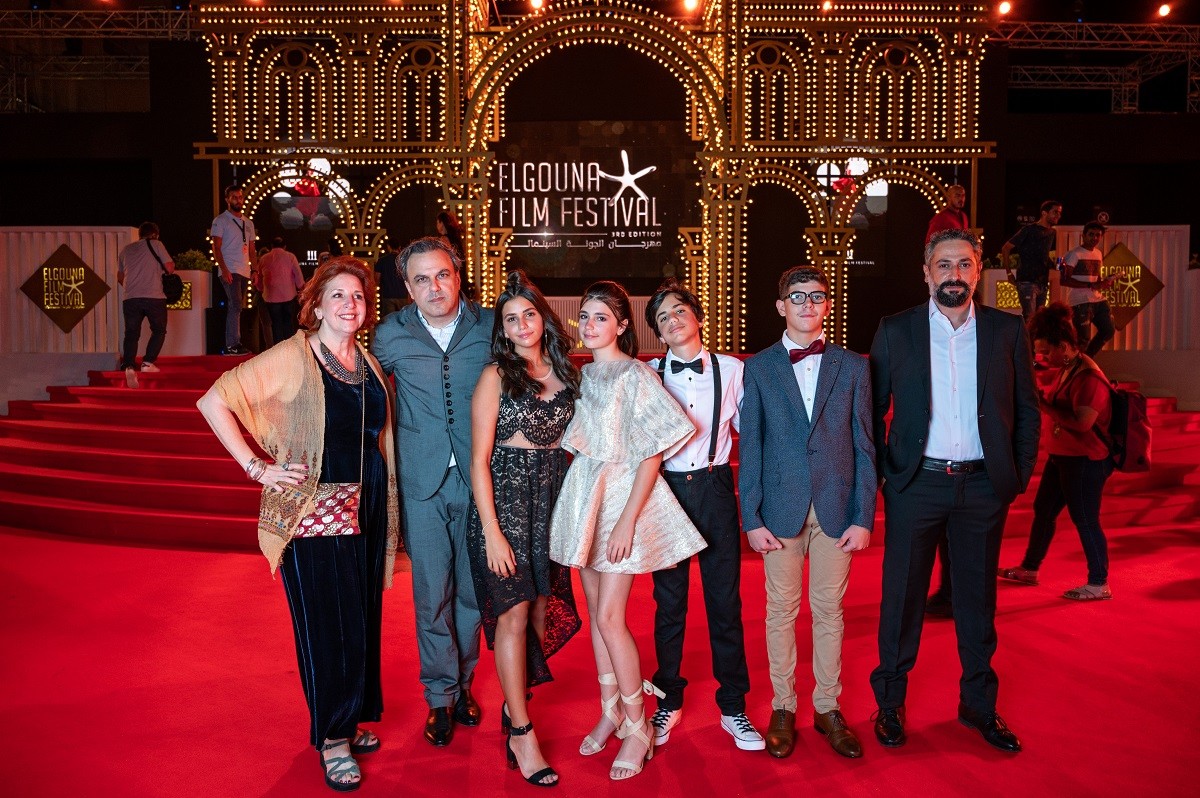 Within the framework of the red carpet shows, GFF showed 1982 by Oualid Mouaness and Adam by Maryam Touzani for their MENA premieres. After its world premiere at the Toronto International Film Festival where it won the NETPAC award, the Lebanese film 1982, starring Nadine Labaki, Mohamed Dali and Rodrigue Sleiman, was screened in GFF’s Feature Narrative Competition. Adam had its premiere at the 72nd Cannes Film Festival, and stars Lubna Azabal and Nisrin Erradi, who won the Best Actress Award at the Durban Film Festival.

In addition, the Festival presented a number of distinguished films such as The Well of Deprivation by Egyptian director Kamal El Sheikh, as part of its celebration of the late writer Ihsan Abdel Quddous; and The Invisible Life Of Eurídice Gusmão by Karim Aïnouz, who won the Un Certain Regard award at the 72nd Cannes Festival; in addition to Alla Kovgan's Cunningham, which explores the life of dancer Merce Cunningham in its various stages.

On the fourth day of the Festival, CineGouna Bridge held a panel discussion entitled “African Cinema: Present, Past and Future," which discussed how African cinema has evolved from north to south over the past years to become influential, innovative and present on the world cinema map. Additionally, the panel discussion “Nature of the Boundaries Between Documentary and Fictional Filmmaking” tackled the technique and craft needed to form a story that blends reality with fiction, in order to create a new reality and better engage the audience.

On its fifth day, the Festival will present The Knight and the Princess by director and scriptwriter Bashir El Deek and Ibrahim Mousa in its world premiere. The film is the first feature-length Arabic animated film, took over 20 years to complete, and was produced by Alsahar Animation Company and producer Alabbas Bin Alabbas. Medhat Saleh, Mohamed Henedy, Donia Samir Ghanem, Maged El Kedwany, Abdel Rahman Abou Zahra, Ghassan Matar, Abla Kamel, Saeed Saleh and Amina Rizk lend their voices to the film.

The Festival will also feature Parasite by Korean director Bong Joon-ho, winner of the Palme d'Or at the 72nd Cannes Film Festival; Ibrahim: A Fate to Define by Lina Alabed, which showcases the director's journey in search of what happened to her father, who once belonged to the Abu Nidal group—a journey that explores how a family member's decision affects the rest of their family. In addition, the Festival will present Sergei Loznitsa's State Funeral, which features unseen archival images of the four days of Joseph Stalin's funeral, exposing some of what was considered unforgettable days.

On September 23, the CineGouna Bridge program will include a master class on “The Aesthetics of Sound in Cinema” in which Oscar-winning sound designer and engineer Resul Pookutty will offer innovative ways to achieve the best sound design in film. The class will address the importance and aesthetics of sound in narrative cinema across various genres, and highlight the process of deriving a new composition out of numerous available sound images during the production and post-production stages. In addition, a panel discussion entitled "The Role and Impact of Film Festivals" will be held, moderated by journalist and film critic Melanie Goodfellow. The list of the panelists includes Sitora Alieva, director of the Sochi International Film Festival; Nashen Moodley, director of the prestigious Sydney Film Festival; Cameron Bailey, renowned film critic and artistic director of the Toronto International Film Festival; Shayna Weingast, an associate programmer of film and television; and Mark Peranson, head of programming of the Berlinale.

The discussion will attempt to answer some questions related to film festivals, such as: “How do festivals look upon their role and identity, now and in the future? What are the must-dos on how to apply to festivals, and to maximize the opportunity to network, promote your film, leverage the publicist, and create future collaborations?”

El Gouna Film Festival, one of the leading festivals in the MENA region, aims to showcase a wide variety of films for a passionate and knowledgeable audience; while fostering better communication between cultures through the art of filmmaking. Its goal is to connect filmmakers from the region with their international counterparts in the spirit of cooperation and cultural exchange. The Festival is committed to the discovery of new voices and strives to be a catalyst for the development of cinema in the Arab world. The 3rd edition of GFF takes place from September 19 to 27, 2019.