The First Feature-Length Arabic Animated Film, Master Class on “The Aesthetics of Sound in Cinema” and a Panel Discussion on "The Role and Impact of Film Festivals" On the Fifth Day of El Gouna Film Festival 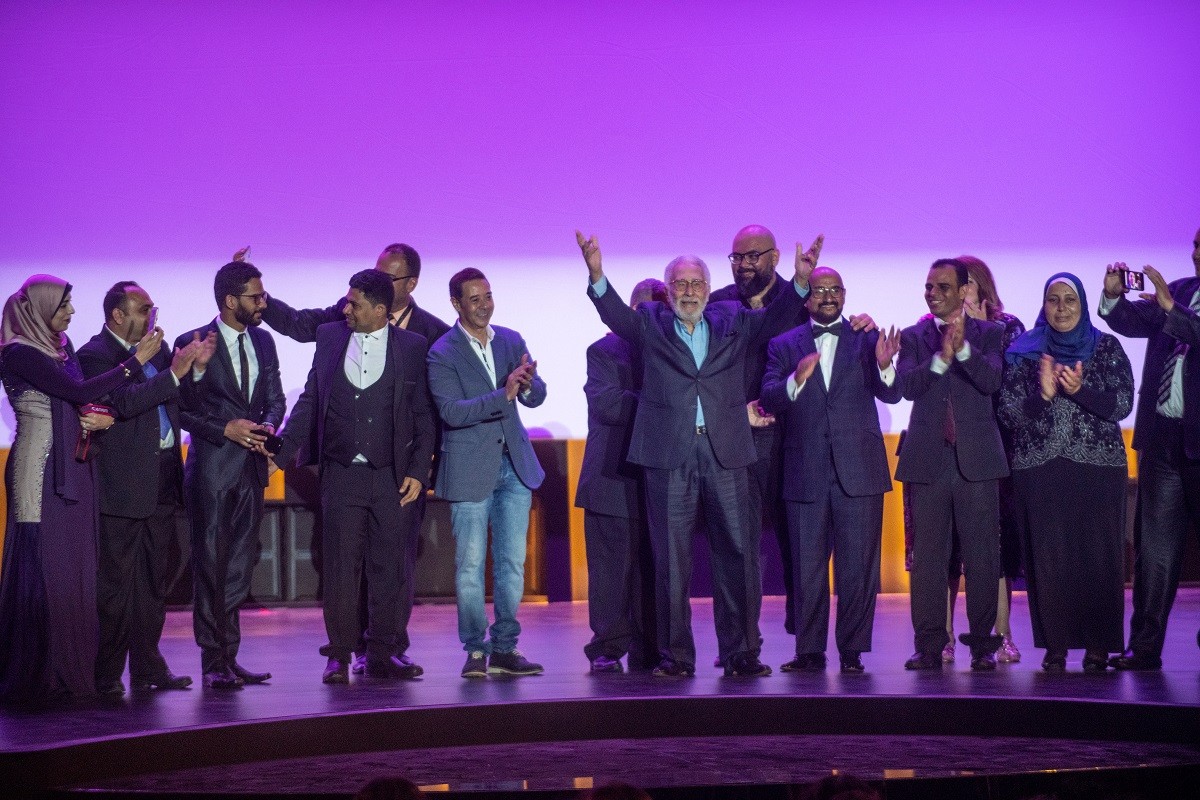 The Festival also featured Parasite by Korean director Bong Joon-ho, winner of the Palme d'Or at the 72nd Cannes Film Festival; Ibrahim: A Fate to Define by Lina Alabed, which showcases the director's journey in search of what happened to her father, who once belonged to the Abu Nidal group—a journey that explores how a family member's decision affects the rest of their family. In addition, the Festival presented Sergei Loznitsa's State Funeral, which features unseen archival images of the four days of Joseph Stalin's funeral, exposing some of what was considered unforgettable days.

On the fifth day of the Festival, CineGouna Bridge held a master class on “The Aesthetics of Sound in Cinema” in which Oscar-winning sound designer and engineer Resul Pookutty offered innovative ways to achieve the best sound design in film. The class addressed the importance and aesthetics of sound in narrative cinema across various genres, and highlighted the process of deriving a new composition out of numerous available sound images during the production and post-production stages.

In addition, a panel discussion entitled "The Role and Impact of Film Festivals" was held, moderated by journalist and film critic Melanie Goodfellow. The list of the panelists included Sitora Alieva, director of the Sochi International Film Festival; Nashen Moodley, director of the prestigious Sydney Film Festival; Cameron Bailey, renowned film critic and artistic director of the Toronto International Film Festival; Shayna Weingast, an associate programmer of film and television; and Mark Peranson, head of programming of the Berlinale. The discussion attempted to answer some questions related to film festivals, such as: “How do festivals look upon their role and identity, now and in the future? What are the must-dos on how to apply to festivals, and to maximize the opportunity to network, promote your film, leverage the publicist, and create future collaborations?”

On its sixth day, the Festival will present the feature film Noura’s Dream by Tunisian writer and director Hinde Boujemaa, starring Hind Sabri.

The Festival will also feature several films such as Pain and Glory by Pedro Almodóvar, starring Antonio Banderas; Our Lady of the Nile by Atiq Rahimi, and the feature documentary African Cinema: Filming Against All Odds by director Férid Boughedir, as part of the special presentations.

On September 24, the CineGouna Bridge program will include a panel discussion entitled "The Art and Science of Financing", in which moderator Leo Barraclough, international features editor at Variety, will explore alternative sources of funding, and ways to build financing from several different sources including grants from foundations and crowdsourcing, pre-sales and in-kind donations. The panel will explore the topic of financing and monetization both through the perspective of funding institutions, and that of film directors and producers. The panelists will include filmmakers, producers and industry experts such as Karim El Shenawy, Rula Al Nasser, Dina Emam, Wendy Ettinger, Jo Mühlberger and Elizabeth Radshaw.

In addition, a panel discussion will be held, entitled "The State of Film Distribution" and presented by Film Independent and the U.S. Embassy in Egypt. The discussion will be moderated by Myriam Sassine, a Lebanese producer at Abbout Productions; and will include panelists Missy Laney, Director of Development at Adult Swim; Jordana Meade, Director of Distribution at ITVS; and Rebecca Sosa, a film executive and consultant specialized in impact distribution. The panel will shed light on a snapshot of the distribution landscape today, explaining the various ways you can distribute your movie and monetize your content. With real examples, this panel will help you sort through the many options available today.