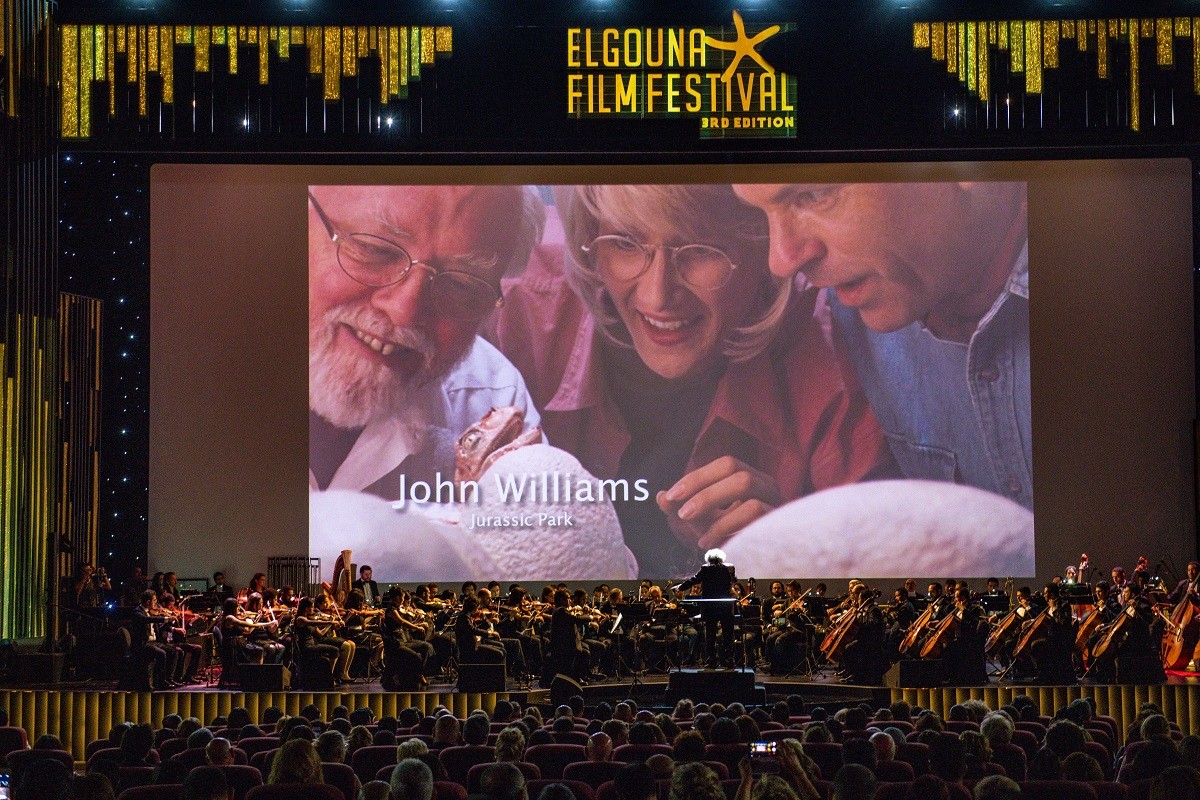 On its seventh day, El Gouna Film Festival presented Cinema in Concert, which was conducted by Maestro Ahmed El Saedi, the main founder and chairman of the Egyptian Philharmonic Society, with the performance of soloists Janet Sung on violin; Federico Mondelci on saxophone; Victoria Kapralova on violoncello; and the vocal performance of Amina Khairat. The first segment of the program was entitled Hits of Hollywood, and was dedicated to paying homage to the timeless works of music that accompanied some of the most memorable films. The second segment, Homage à Nino Rota, celebrated the composer’s works for Federico Fellini and Luchino Visconti films.

The Festival presented several distinguished films, such as The Truth by Hirokazu Kore-eda, which also competed at the 76th Venice International Film Festival; Bacurau by Kleber Mendonça Filho and Juliano Dornelles, which received the Jury Prize at the 72nd Cannes Film Festival; in addition to Les Misérables by Ladj Ly.

The CineGouna Bridge program included a presentation entitled ‘The Production of Hulu Series The Handmaid’s Tale’, presented by Lindsay Sloane, Senior Executive Vice President and Head of Scripted TV Development at MGM Studios. Sloane shared with the audience her personal experiences during the planning and production stages of the show, enriched with inside stories, fun facts and trivia.

In addition, a workshop entitled ‘Facebook and Instagram Best Practices’ was held, delivered by Sara Abu Zahra, Strategic Partner Manager at Facebook, and Samer Johnny Jamal, Strategic Partner Manager at Instagram. The workshop attempted to answer questions regarding the utilization of social media by filmmakers, such as: “What are the best practices to achieve your goals in your field?” and “How can the power of networking sites be optimally utilized?”

On its eighth day, the Festival will present films including Papicha by Algerian director Mounia Meddour, and Piranhas by Italian director Claudio Giovannesi, winner of this year’s Berlinale Silver Bear for Best Screenplay.

On September 26, the CineGouna Bridge program will include a master class entitled ‘The Documentary Journey – A Conversation with Mai Masri’. The class will be moderated by celebrated programmer Teresa Cavina. Masri will talk about her unique documentary style, how she treats each story differently, the effects of her own life on her films, and how she believes in the powerful role documentaries play in shedding light on human stories.