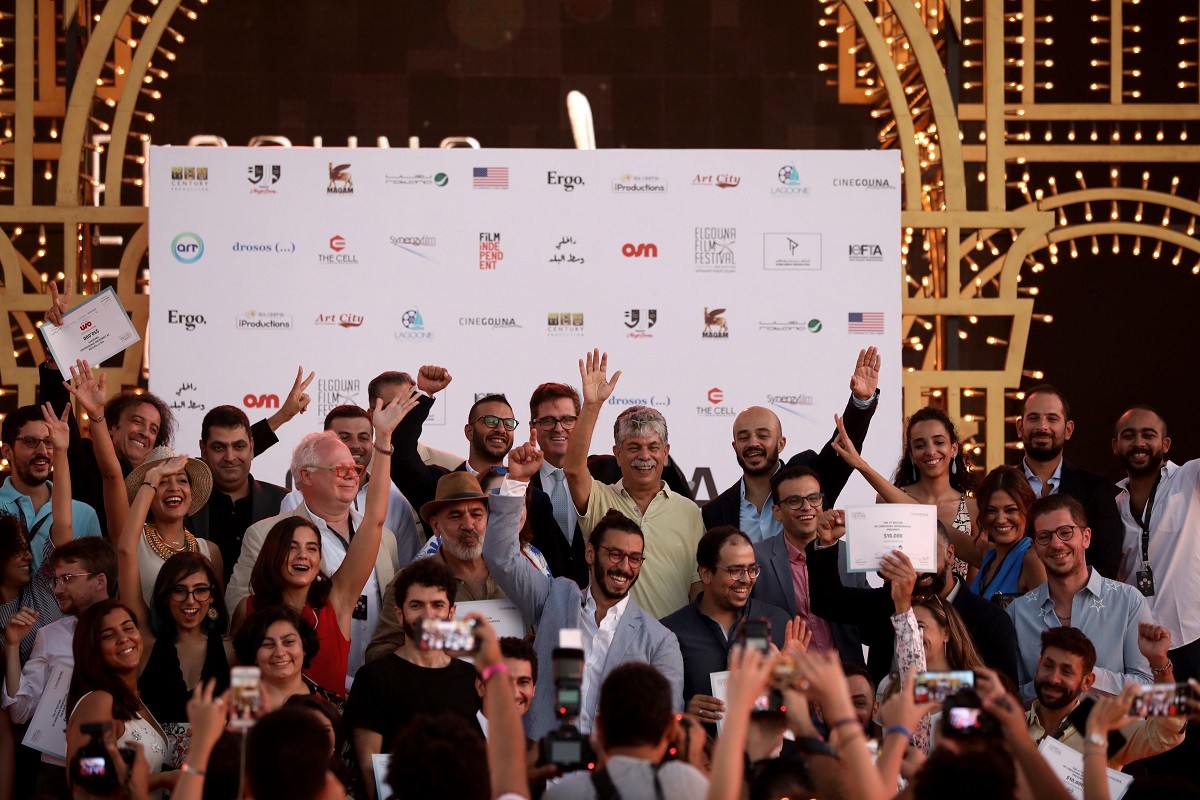 On its eighth day, El Gouna Film Festival presented Papicha by Algerian director Mounia Meddour, which has been selected by Algeria to represent the country in the Oscars’ newly-dubbed International Feature Film category – formerly known as the Best Foreign Language Film. Piranhas by Italian director Claudio Giovannesi, winner of this year’s Berlinale Silver Bear for Best Screenplay, was also screened.

This is in addition to the screening of the documentary Talking About Trees by Suhaib Gasmelbari, winner of the Glashütte Original – Documentary Award and the Panorama Audience Award at the Berlinale. GFF also held the fourth run of its Short Film Program, which took place at Sea Cinema 3.

The CineGouna Bridge program included a master class entitled ‘The Documentary Journey – A Conversation with Mai Masri’. The class was moderated by celebrated programmer Teresa Cavina. Masri talked about her unique documentary style, how she treats each story differently, the effects of her own life on her films, and how she believes in the powerful role documentaries play in shedding light on human stories. On the other hand, the winning projects in development and films in post-production were announced during the CineGouna Platform closing ceremony.

Additional awards and cash prizes that were presented through partnerships with the local and regional institutions are as follows:

-US $15,000 from Drosos Foundation to Harvest by Ely Dagher

-US $10,000 from iProductions to Straight to the Goal by Tamer Ashry

-US $10,000 from Arab Radio & Television Network (ART) to Daughters of Abdul-Rahman by Zaid Abu Hamdan

-US $10,000 from Synergy Films to The Fountain of Bakhchisarai by Mohamed Taher

-US $10,000 from Ergo Media Ventures to Straight to the Goal by Tamer Ashry

-US $10,000 from New Century Production to Captains of Za’atari by Ali El-Arabi

-US $10,000 from Lagoonie Film Production to Severed Head by Lotfi Achour

-US $10,000 from Rotana to Daughters of Abdul-Rahman by Zaid Abu Hamdan

-US $5,000 from Waraq powered by Magic Beans to Straight to the Goal by Tamer Ashry

-US $5,000 from Art City for Cinema and TV Production to Looking for Sa’adah by Areen Omari

-US $15,000 value for the participation of a screenwriter in the Film Independent Spirit Awards Residency to Straight to the Goal by Tamer Ashry

-US $15,000 value for the participation of a creative producer in the Film Independent Forum Residency to The Fountain of Bakhchisarai by Mohamed Taher

-US $10,000 worth of post-production services from The Cell Post Production to Our Dark 70s by Ali Essafi

-US $10,000 worth of color grading services from The Cell Creative Media Solutions to Captains of Za’atari by Ali El-Arabi

-Participation of two filmmakers in IEFTA's Global Film Expression initiative, and sponsorship to attend a partnering festival lab or workshop from IEFTA to Plum Season by Rim Mejdi and Captains of Za’atari by Ali El-Arabi